What is a Conversation?

You can think of a Conversation as a container for a group of text messages. Each Conversation is defined by attributes such as Start Time and End Time and is unique to the phone numbers involved (your internal Messaging phone number and the recipient's phone number).

A Conversation is either Open or Closed, and it will have a status such as "Needs Response" or "Responded" so that you can easily surface those conversations that need attention.

How is a Conversation created?

The good news is you don't need to create Conversations manually. They will be created automatically based on logical rules.

If someone sends you an inbound text and an existing Open Conversation between your phone numbers doesn’t exist, a new Conversation will be created.

How does a Conversation work after it's created?

Each time a message is added to the Conversation, the status updates to reflect whether the last message was inbound or outbound.

When the Conversation is closed, no further text messages will be added to that particular Conversation.

Where do I view Conversations? 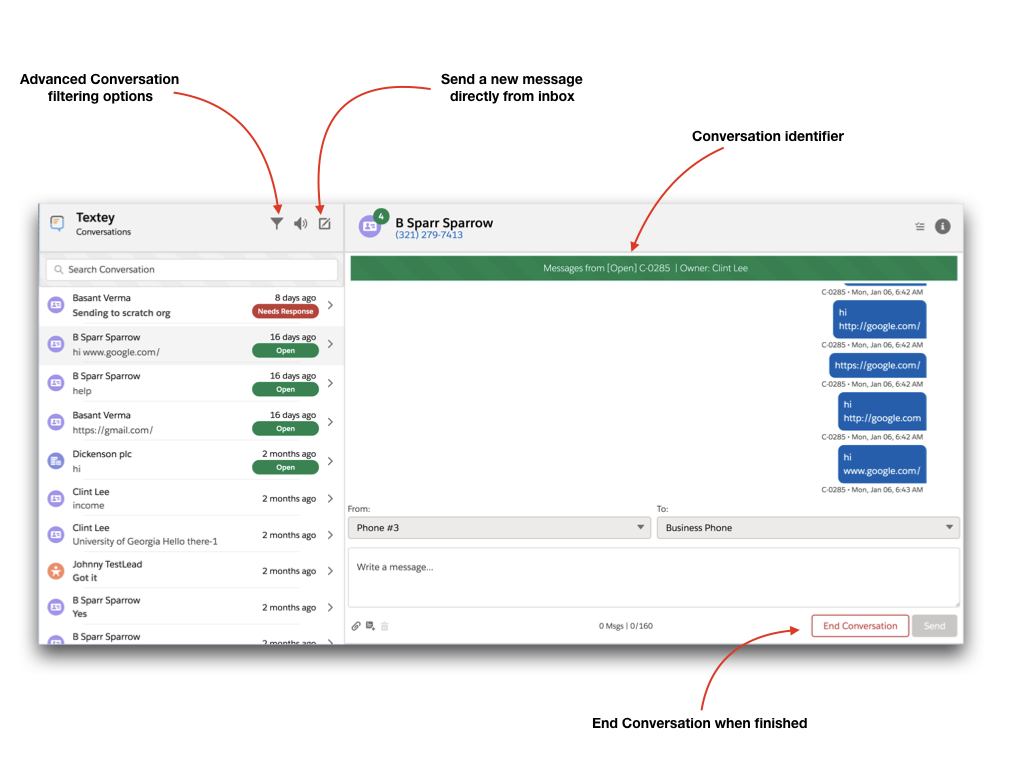 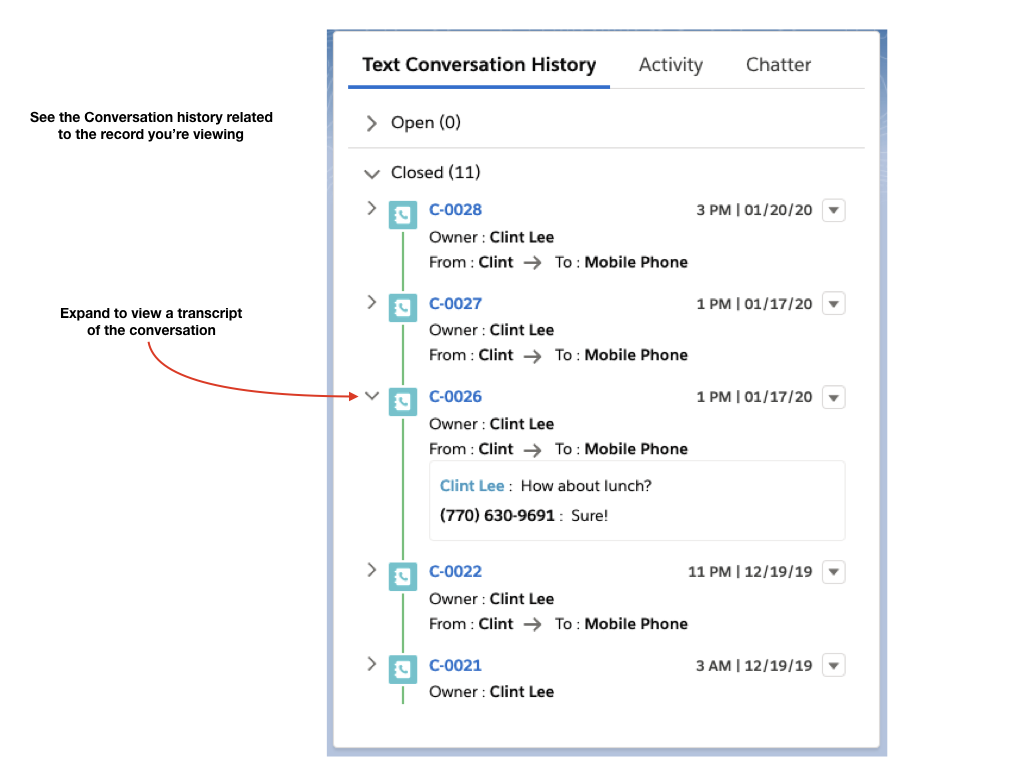 Blackthorn’s innovative software lets you plan and run events with ease and create effortless payment processes by tapping into the power of the Salesforce platform.
Products
General
Legal
Contact

By entering and using this site, you consent to the use of only necessary cookies to enhance your site experience and improve our services.